I’m hungry For Some Unrest, I Want To Push It Beyond A Peaceful Protest!

So… the day after all the Norway youth camp shooting malarkey, I go off to a youth camp. You can imagine my mother’s delight.

Okay, so perhaps it wasn’t a youth camp that I went to; rather, a girl-guides-but-not-quite-but-I-have-no-idea-what-else-to-call-it camp, at a place which I may as well call my second home in Wales. Therefore, I have a valid excuse for letting this blog grow a bit mouldy: I disappeared in the grasses of the wilderness with a bunch of scouts and army tents for two whole weeks. I therefore have no idea what is happening in the music world. 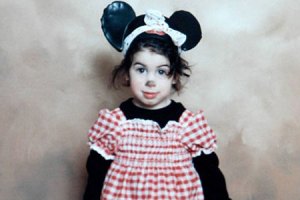 Well, the only significant thing I can think of is, of course, Amy Winehouse’s departure from our world. Not that I was ever much of a fan of drug-possessed pint-sized alcoholics, but – just like after MJ’s death – all things that were ever wrong with someone’s life are forgotten. Amy simply made the wrong decisions at the wrong times; she was simply sucked into the whirlpool of drugs and alcohol and plummeted down to the bottom of the sea. She is now no more. Here, have a picture of her whilst still un-corrupted by the horrors of today’s world.

And of course… Kaiser Chiefs were right all along, weren’t they? Riots riots riots! Despite this having been explained to me by a fellow friend of mine, I am still slightly confuzzled as to what the f*ck is actually happening. All I seem to have gathered is that some dangerous guy was shot by the police and all of a sudden this herd of youth riots against the police by destroying our capital. Hell, they’ve even moved on to Leeds, Bristol and there was talk of them looting Tesco’s in Slough?! Bloody hell I want to move! Without sounding like a over-clichéd blogger, “where is the love”?!

Is this the age of destruction and rampage?

[Random Muse clip I found for this song, thought it was better than an artwork cover… and the song is unbelievably appropriate!]

Oh oh oh and sidenote: I have been enlightened! The girl whom everyone knows as Cassie from Skins, she used the same toilet seat as me, straight after me! :”””)