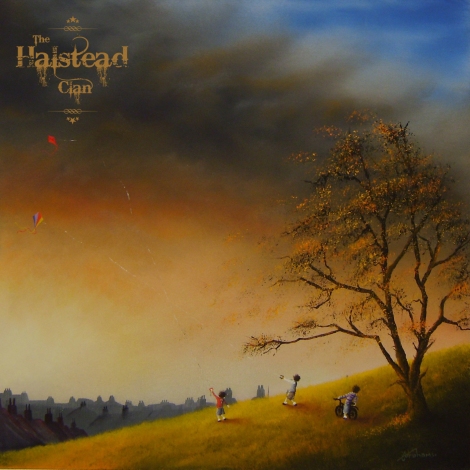 Cook up a mixture of folky guitars and sprinkle it with a touch of good old rock’n’roll and you get The Halstead Clan: an act not to be missed if you’re looking for a little uplifting moment in your musical journey.

One of the first tracks of the Bradford-based band that I encountered was a little tune called ‘Always The Same’, whose gentle, stripped down acoustic nature combined with soulful lyrics of plucking up the courage and facing your fears really hit me hard. “I will forgive you, but I won’t forget”, they sing. Simple, but damn relatable lyrics, whoever you are.

The self-titled EP consists of 7 tracks that are a similarly gentle affair, comprised of beautifully crafted lyrics and folk instruments, mixed with soothing backing vocals – namely on ‘Dance Around The Fire’, which is definitely one for the ‘chillout’ playlist! Sounds of livelier rock’n’roll also make an appearance on ‘Tonight’, which quite frankly just makes me feel like any time and any place is right to pretend that you’re at a 60’s wedding party! If a song makes me want to dance in the middle of the living room like this, then that song has done its job. Thus, for me, The Halstead Clan’s EP has so far passed the test with flying colours. Great job, guys!

← The Perks of Being a Listener.
Alex Turner – Submarine OST →